Working out what the work is

Still wrestling with that one.

I am staggered by the number of people I am meeting who are also struggling with this impossible conundrum.  There are so many people who want to work to serve and to heal, but find that this aspiration is simply not viable.  The only things that are commercially valued are the things that can be priced and grown and produce a reliable return.  This state of affairs, where there is utterly essential work to be done and people who want to do it, but an economic system that prevents it, is deeply upsetting, infuriating, insane. 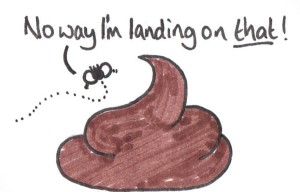 It is a prison, with three formidable security systems: financial restraints which make it almost impossible in practice to escape the system, social restraints where any attempts to escape are met with an aggressive social moral logic deeply interested in everyone remaining incarcerated and competing, and psychological restraints where potential escapees flood themselves with anxious thoughts about how inadequate they are, and give up.

The industrial experiment we are part of is an elephantine failure that most cannot seem to acknowledge.  To put the brakes on, to preserve the future instead of growth, would create deeply unstable conditions and much suffering, as many millions have experienced in the last decade (although billions had been suffering for decades already); an easily imaginable, shorter term disaster.  To carry compounding the erosion, pollution, species destruction, inequality until something finally collapses is an unimaginable (although now scientifically-backed), longer term catastrophe.

Compound growth (the key ingredient to make our system function) in a finite system is clearly impossible – only a complete idiot would deny this; the idea is actually becoming stagnant with halfhearted overuse.  But it’s still no wonder that the over-riding choice is to avoid the short term problem, and keep growing, keep living as usual.  In practice, what else can you really do?

But what about those people who wish to find an alternative, a group I would like to include myself in…

I think I need to get clear on what I mean for myself by Work.  Addressing it in the sense of jobs or earning a living offers no way out.  Or maybe an important piece of work is to accept is that there is currently no visible way out…

A friend of mine described our culture as being in between two stories, an old one that doesn’t work any more, and a new one that we can’t yet see.  This is a time of anxiety, uncertainty and confusing paradox.  It is a time of struggle, to find way of living and of earning a living that is in line with our intrinsic values – values that are not enshrined in or rewarded by our social, economic, political systems.

Maybe the struggle itself, in its many forms and interpretations, is the Work.  Maybe for all those people out there – those who know a toxic turd when they see it, and who yearn for beauty and human-ness, and try their best to avoid lapsing into collective blindness – for those people the challenge of weathering the anxiety and confusion without turning back to the tantalising arms of the sick but familiar old story is the vital work today.  Perhaps our work is finding our own active response, finding each other, and finding the endurance to remain standing; this might be the most precious service possible to the new story, which must write itself.

A beautiful struggle through the messy first few chapters of the new story, or at least a dignified ending.  In the midst of all the distress, I find this a comforting thought.

3 comments on “Working out what the work is”