Exclusivity, and a desperate call for elders

I call this the Freedom Blog, but that doesn’t mean that freedom is always a good thing.

For instance, I often find myself worrying about the crippling dangers of Free Markets.  And the Charlie Hebdo thing brought attention to the shadow side of Free Speech.

A good dose of restrictive exclusivity can often be very wise when applied in the right places, and very stupid when not.  And in our backwards culture, it should be expected that we get things dreadfully the wrong way round.

When I come across exclusivity, it is normally in the context of creating scarcity, in order to make something appear more valuable and be more demanded.  It is linked to luxury and status.  It is a important element of making and maintaining a culture of inequality, and selling stuff.

The wise form of exclusivity often means just leaving things alone.  Like the gold that indigenous Americans used to leave undisturbed in the ground, until the Modern American turned up, ethnically cleansed the land, and proceeded to tear it up.

Wise exclusivity allows the human species to remain within safe cultural boundaries, to avoid causing destruction.  It allows the existence of mystery, which is an essential ingredient for anyone interested in having either a soul or an adventure.  And it keeps things held back until the correct time or maturity is reached to uncover it.

Manhood, womanhood, sex, and all the complex paradoxes of the human condition… these used to be carefully guarded by experienced elders and imparted to youngsters at the right time in the right way, so that they did not become lost or destroy themselves. 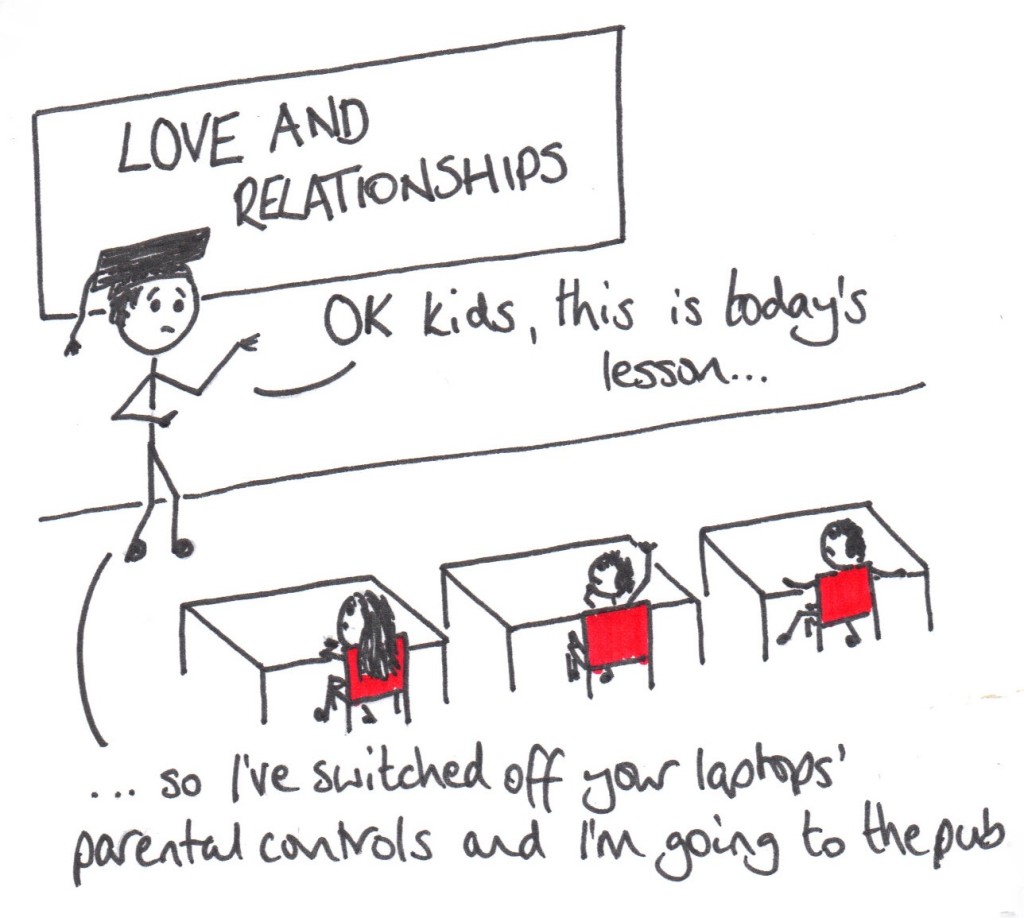 Someone was describing the 50 Shades of Grey film to me recently.  Even at the age of 40, I want to protect myself from seeing this film.  It appears to deal with some very powerful symbols and concepts which the mass media, as a channel, cannot handle responsibly.  In the absence of careful handling, I can sit there and watch passively, numbly viewing disasters of the modern pysche as normal.  And instead of learning valuable lessons, as a consumer of a film I’ll probably just reaffirm dangerous stereotypes about myself and the world around me.

It is so easy to be inadvertently complicit in the real life tragedy of dreadfully confused men and women – simply by turning up or tuning in to the crap that prevails.  Perhaps in a similar way with spoiling ballots, it is always worth seriously considering not turning up.  Instead, creating some exclusivity.  Exploring the underlying issues in a safer, more meaningful way, or waiting for a time when that can be done.  And, for those of us who begin to care, creating situations and moments when those lessons, initiations or conversations can safely occur.

The idea of restriction is very unfashionable, and goes against the GDP-sponsored inalienable right to do whatever I goddamn want.  But seeing the pain caused by clumsily and carelessly exposing sensitive young people (and uninitiated 40 year old men) to sacred issues through uncaring mass media, all in the name of freedom… surely this should provoke us to re-examine our values.

But where can we learn our values if not from telly and newspapers?

Elders, role models – wherever you are, if you are still alive – time for you to step back up.  We need you badly.

One comment on “Exclusivity, and a desperate call for elders”