The difference is what we make it

This year I have been particularly awake to the amount of rubbish that gets spoken about men and women. Aside from the obvious biological differences, I’m unclear as to how any distinctions can be drawn on gender.  Even when I am staring in the fridge and can’t see the butter until my wife points at it, I can’t put that down to male ineptitude.  It just doesn’t seem to make sense.  It’s too simplistic and convenient, and whenever there is convenience there is usually damage, through important corners being cut and crap filling the gaps.

Another big reason for gender lunacy must be the chronic levels of cultural stereotyping that goes on, all this crazy black-and-white thinking, which only contains truth when it becomes normalised enough to fulfill its own absurd destiny.

All that bullshit around men being from Mars and women from Venus, men being providers and women carers, men being thinkers and women feelers, that men are hard and logical and women are soft and emotional. The sort of stuff that might make me hold off from cuddling my Tough son, or mindlessly overprotect my Sensitive daughter. 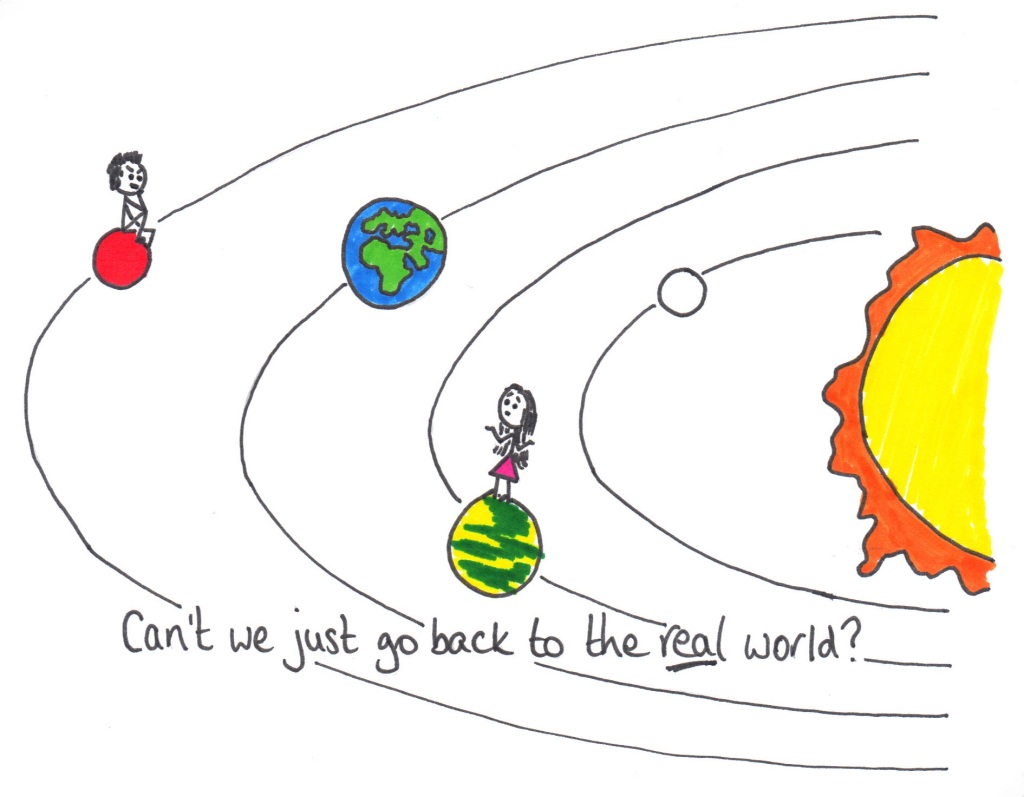 I’ve been thinking about attitudes to sex.  Men are desperate for it, of course.  They think about it 1,000 times a day you know – perhaps one thought for each million sperm they produce, because they are designed to get around as much as they can, like rams loose in a field of helpless sheep.  This, by the way, is why all men are afraid of commitment, unless they are pathetic mummy’s boys.  The hard, logical, high-performance male will Deliver whenever someone supplies the merest opportunity for sex (and if they don’t then they must be pretty weird).

There’s nothing wrong with sexual energy in its healthy form, but there is a problem when it goes no deeper than an act – which is what cultural stereotyping seems to cause.

I’m not just thinking about the men who “need” one night stands, prostitution and porn.  Harmful superficiality can seep into close, established relationships.  For example, there is such a big difference between a partner saying something like “We can have sex if you like” as opposed to “I really want to have sex with you”.  Both are perfectly acceptable, morally speaking.  But one is deeply affirming, and the other is absolutely not.  One feeds the man’s soul, and the other feeds only the stereotype.  How often might the interplay of how he grows up seeing himself and how he is treated by the world around him lead to a man’s emotional needs being buried by his physical needs?

I have frequently heard women sharing wisdom about how men need their egos massaged.  They don’t.  This just serves to desensitise men further.  It is just another instance of mistaking something deep for something shallow, another unwitting participation in the parody and emotional impoverishment of modern men.  In the absence of our stupid adherence to absurd collective behaviours, it would be obvious to see that men are just people who want to be loved well, like any human.  This is not a problem of maleness itself, it’s about the abuse of maleness.

I have managed to avoid using the word ‘masculine’, because I’m suspicious of that also. It seems that thousands of years ago people took those “hard” traits and symbolically ascribed them to “masculine”, and figuratively attributed the “soft” to “feminine”.  In a linear and anxious modern world where YouTube views are mistaken for self-worth and money is mistaken for happiness, and God is still believed literally to be a man with a beard like in religious images, it’s easy to mistakenly equate the masculine symbolism literally with males, chuck all the ‘soft’ stuff out the window, encourage them to behave accordingly and then moan about all the confusion and malfunctioning.

Too often we bring gender to an issue to create difference, when it is as irrelevant as skin colour or religion.  Men and women are composed the same stuff – we just started telling stupid stories and forgot that we are.