The truth about inconvenience

I have been noticing more and more when my actions are lining up with my values and, even more, when they aren’t.

And along with this, I have found how terribly inconvenient it can be to enter into a relationship with my own values, rather than the ones that I adopted without thinking.

I have always been vaguely aware of my values, or at least one form of them.  I remember having no problem, when I was earning well, choosing to buy a second hand Skoda.  To me, expensive new cars seemed like a terrible mistake and a big misunderstanding around happiness.  This was a sort of value decision, but mostly just a consumer preference.  Similar to feeling good about myself for buying Ecover instead of Fairy Liquid.

For a long time I have marvelled at how I can continue to eat meat produced by a process of industrial scale torture.  But for no particular reason, last month I found that I was finally unable to put to my lips the McDonalds burger I had just bought.  And yesterday, I found for the first time I was unable to buy chicken from Tesco, no matter how soothing the messages were on their packaging.

This goes beyond consumer choices, and deeper into actual eating habits, and also something bigger than just me.  But rejecting something as an option on the basis of my deeper values is of course vastly more inconvenient than finding a way to sneak around it.  (I bought mackerel instead of chicken, which made for a bit of a weird curry.)

An even trickier one for me is the realisation that at the moment, the whole idea of work and employment, as it is currently practised in our system, seems to sit outside of my own values.  Would my first choice be to spend the majority of my life energy serving the empty cause of scented cleaning products or death nuggets, adopting the busy behaviours, habits and priorities that mainstream work ethics demand?  Can I put money by default ahead of my family and my health (plus those even wider ethical considerations that I won’t even dare mention)?  I cannot.

So what the hell am I supposed to do now – reject the very system that I am a part of and dependent on?

Maybe… as long as I do not get caught up in the rejection bit.  Rejection is useful if it forces me to seek other options that dwell elsewhere, in an inconvenient, uncertain place.  It is not useful if rejection the end rather than the means, just a way to vent some frustrated childish rebellion.

Only by listening to the quiet voice of my real values and moving past the things that butt them out of the way can I hope to be my own free person. 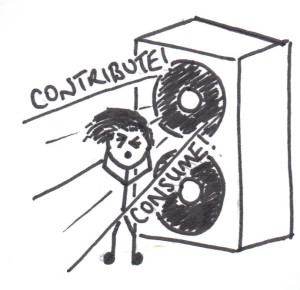 It won’t happen stood next to the absurd booming loudspeaker of everyday normality.  Away from that noisy place are the conditions where the solutions can present themselves while I wander.  Because for me it does not feel like a matter of willpower – in McDonalds and Tesco the voice that guided me came from somewhere else inside, somewhere I don’t have a tight grip.  I find willpower useful for many things, but redundant when it comes to values – like trying to fall in love with someone.

Values are tough and demanding companions but, as with so many things, their ordeals bring with them the joy of living well.  Convenience – the bedrock of our age – is a cold, grey cement bypass that skirts the lush mountain which is home to the real matters of living.  It is a motorway that crushes everything in its path in order to provide a smooth, featureless ride to nowhere.

I am thankful that I am being inexplicably compelled to carry my own values.  I want to go the long, winding way, by foot. 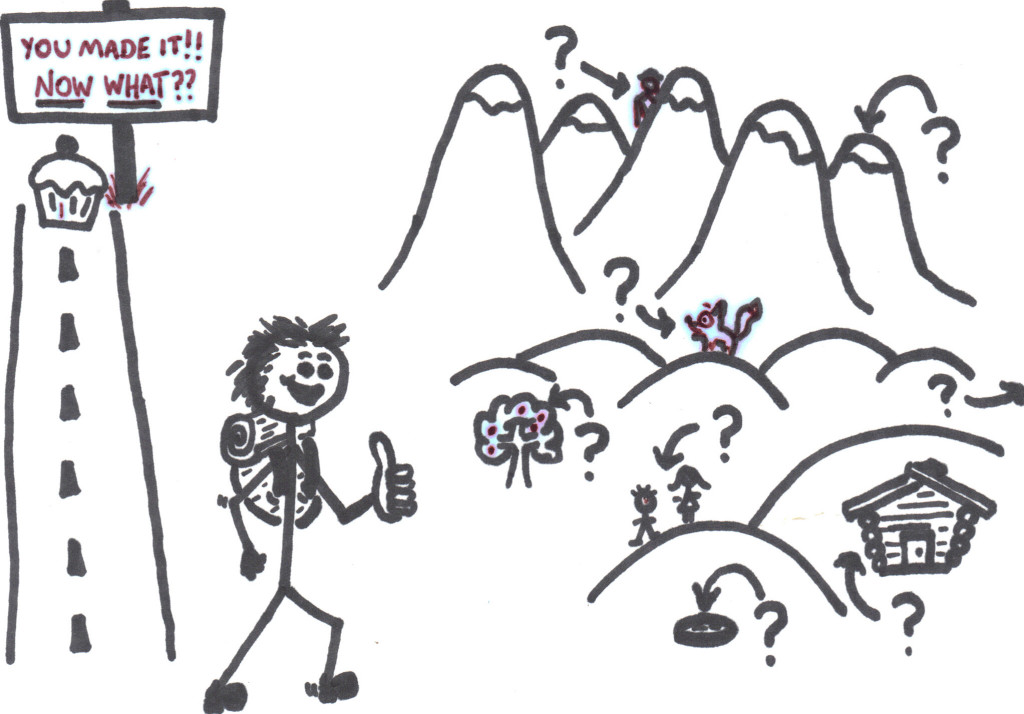