My aspirations always used to revolve around what my available resources made possible.  Do I have enough money?  Do I have children?  What else am I capable of doing to earn a living?  This rational and economic approach is entirely understandable, as it seems to be the only language that is spoken any more.  It is a language that the soul does not comprehend.

The hulking, scientific, modern part of myself can have a sterile conversation about sterile freedom.  But it won’t include my subtle, messy, ancient part, which is usually the place where dreams and aspirations spring from.  This place cannot be visited by clinging to security and predictability, the prison of the status quo.

If I dream of change, is it just me wanting to break free for a little while, but basically keep as much the same as possible? 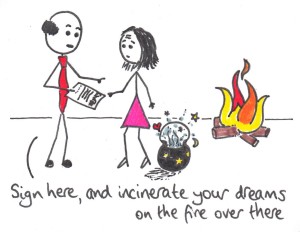 If so, I might view freedom as a brief getaway, a sabbatical, some space to relax.  I’ll probably feel a bit guilty about relaxing.  I’ll limit my imagination to what my resources allow, or worse: to become a worshipper of economics, imagination gets an unspoken sacrifice.  And all the while, my soul is crying out from its little locked box.

What happens when it becomes normal to ignore what our hearts scream out for?  That’s a story that’s playing out a thousand different ways every day, just look in the newspaper (once).

Basing choices on my resources is a convincing excuse to avoid addressing what I am really longing for. 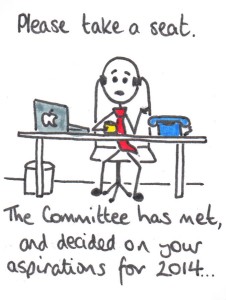 When it comes to being true to my heart’s desire, the real question is: What am I prepared to sacrifice?  And I find, that when I connect more and more deeply with my longing, the answer is: Practically everything.  In a certain light, the modern, resourcey things seem so less important, and ripe for a deliberate sacrifice, as opposed to the numb, inattentive forfeit of ancient elements like imagination.

To add an extra twist, I usually don’t know what I am actually longing for, just that I am longing.  It’s like a secret that needs to be found out, quite different from the up-front answers that I have always demanded.  It’s hidden beyond my current resources, invisible through the goggles of logic.  The secret is different for everyone, which is why it’s a secret that can never be shared like a formula.

I have faith that there is treasure buried deeply within Sacred Space.  Sacred in the sense of being removed from hypnotised, riskless, mass-market thinking – a quiet space with no judgment or expectation.  A space where imagination can resurrect, and invite in mystery and possibility.  Work hard to create the space, and the rest takes care of itself.

Human beings can have experiences that strike a deep chord within us; a poem, a wild dream, a moment of intimacy. 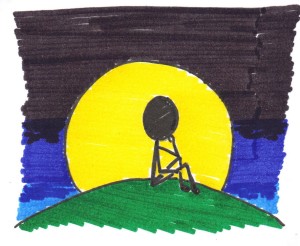 The modern part says that these are rare events, blips on the desirable steady chart.  The ancient part whispers that there is an entire harp within us, begging to be played.  I long for the feeling of human-ness, I grieve its absence.  But it requires work – unpaid.  And some choices.

Too many choices are made in the cold light of day.  Some of the most vital, soulful ones need to be made in the pale moonlight.