The answer lies in not knowing

I KNOW is the realm of the superhuman: occupied by professionals who are paid to be experts and so cannot ever be (seen to be) wrong, and fathers whose authority relies on always being right.  Armed with knowledge, there is something for another person to fear, and therefore respect.  Other people are a means to an end.  Everything is right under the nose, in sharp focus; there is no need to look up. 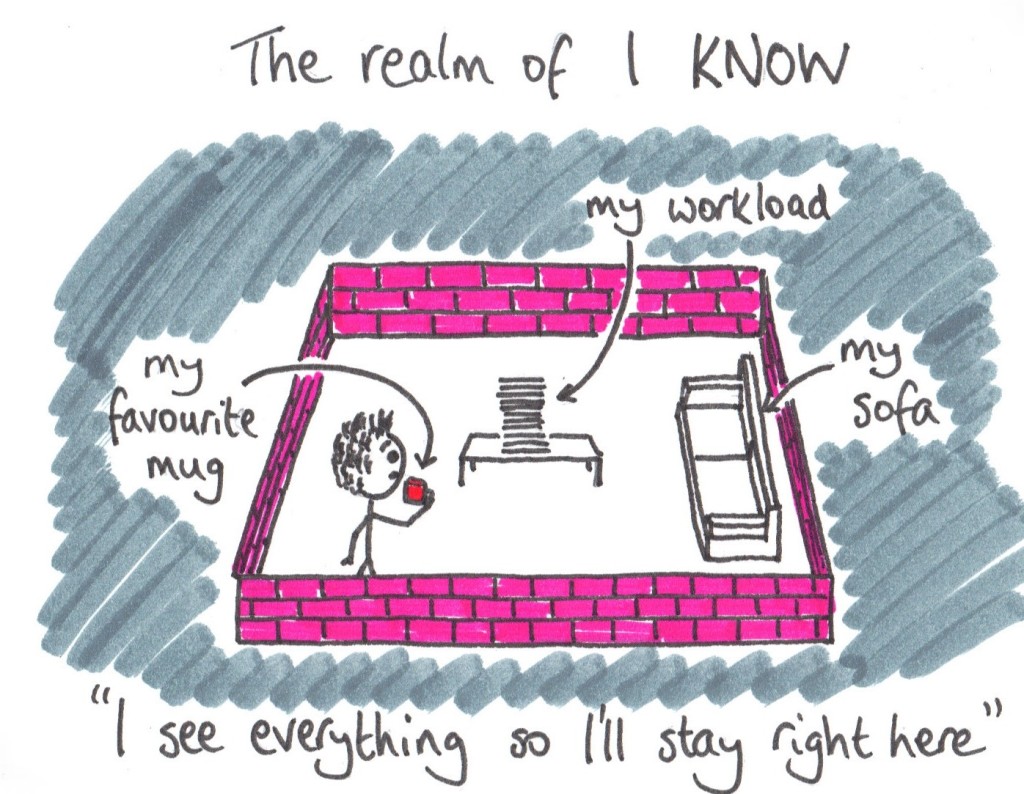 I DON’T KNOW is the realm of the human.  It’s where mistakes are made and learning has room to happen.  It’s where vulnerabilities can be visible, so there is something for another person to properly like.  Other people are human beings.  It takes a while for the eyes to adjust, but after a while the horizons seem endless. 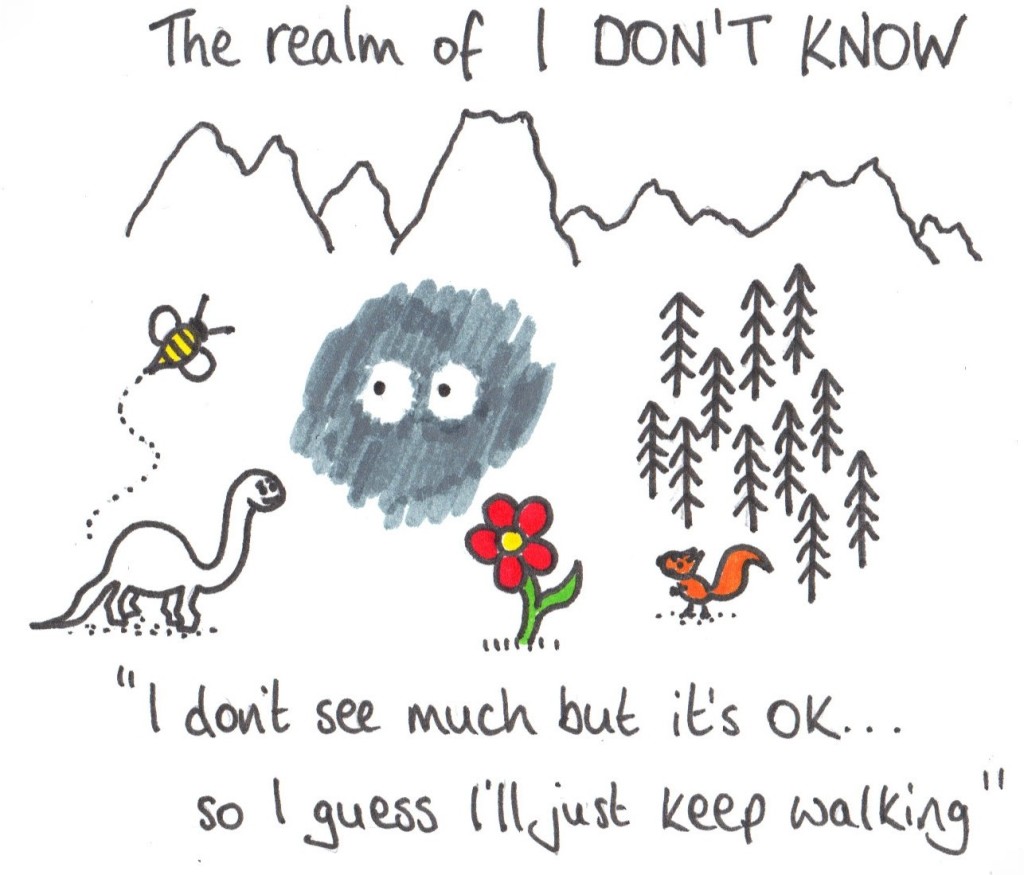 I KNOW is the realm of Business.  It describes the way things operate today, our system.  It occupies the centre.  It follows the principles of economics and is intensely brainy, competitive… destructive.  It is driven by desire, expectation, and the need to make things happen; it’s busy and “in control”.  I KNOW is cognitive and bureaucratic – dogmatic and hierarchical.  It is safe in the knowledge that it has the answer to anything – the answer is to do more of the same thing.  Ignorance, veiled, is its most dangerous trait.

I DON’T KNOW is the realm of possibility.  It can’t be seen, but it can be felt.  It occupies the fringe.  It follows the principles of nature and is dynamically creative, simple and free.  It is nourished by curiosity, humility and silence; it’s restful.  I DON’T KNOW is instinctive and intuitive – spontaneous and primal.  It is safe in the knowledge that uncertainty prevails, and that’s OK – the purpose is to explore, humbly and with wonder.  Ignorance, revealed, is its most powerful virtue.

I am trying to turn my back on knowledge, business, intellect.  Not in disgust, but in order to look in some other direction.  What direction?  I don’t know.  What will it look like?  I don’t know.  All I know is I like the realm of I DON’T KNOW.

Facing this direction, less burdened by desire and competition and expectation, feels more human.  I feel more able to observe what is actually happening rather than listen to, or yearn for, something that is supposed to happen.

I’m trying not to look for answers.  My questions change too fast anyway.

But I still get the funny feeling that for wherever I may be going – and for any problem to be solved or dream to be pursued – the answer lies in not knowing.

5 comments on “The answer lies in not knowing”