There seems to be a strong tendency for the world to be viewed in extremes, for things to be defined in terms of polarities that one is either for or against.  Extreme activities are juggled with their polar opposites in order to achieve a semblance of balance.  Indulging and dieting is a good example.  Or being grumpy and preoccupied around your wife all year, and buying her a diamond necklace on your anniversary.  Elation at New Year followed by depression on returning to work?

To me, a much better alternative to this volatile trade-off is synthesis, where the two extremes are unified into one fulfilling and peaceful state, a more whole person.  It feels to me that the absence of this synthesis sits at the root of much of the dysfunction that has worked its way into our culture.  And its discovery, by one individual at a time, offers the escape route. 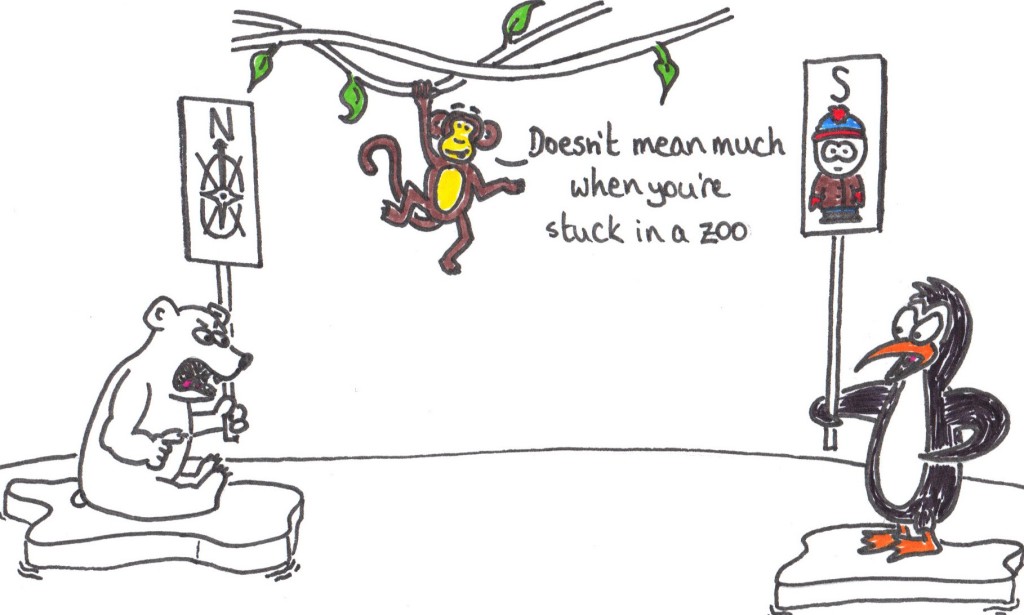 Why do we seem to prefer extremes?

Extremes are easily identifiable, which might provide some explanation of their popularity.  And therefore easy to identify with.  Forming an identity can help make sense of life…as long as that identity is clung onto.  But overexposure to extremities inevitably has a numbing effect, which explains how the insane can come to feel normal.  Happily working yourself to death for example, or polluting your environment.

Once something is identified with, it becomes very difficult (or perhaps undesirable) to go against.  I don’t think we prefer extremes, we just get trapped in them.

The need for the ability to de-polarise is getting increasingly acute.  For example, establishing a personal connection with nature is one of the most pressing necessities of our time, in order to cease its exploitation and destruction (check out Project Wild Thing).  In the same way, synthesising business and nature is critical to finding a future that works (look at this blog by Giles Hutchins).

Synthesis is about human growth, and it takes effort, imagination and trial and error (i.e. some failure).  It involves becoming more conscious, and requires a degree of letting go, which is very tough.

But look around…Why is social enterprise bursting onto the scene?  Why are so many people answering an urge to volunteer for great causes?  Why are more and more dads wanting to work less and spend more time with the family?  They are signs that something’s happening.

I believe that an increasing number of people are responding, in their own ways, to the dysfunction of our time.  Selfishness and compassion, and everything in between, exist in everyone.  In a largely self-centred culture, our suppressed compassion will inevitably burst out, but often quite dramatically, and then disappear again for a while. 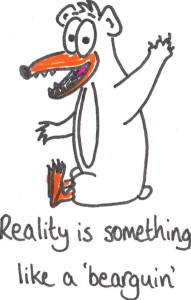 Bouncing between the poles is not the way to wellbeing; perhaps the social entrepreneur, volunteer or dad are taking synthesis a step further, and seeking ways to integrate compassion into their everyday lives.

Not being a particularly whole person, I can only write a curious blog post rather than a convincing book.  But I am beginning to think that the root of many social, psychological and ecological problems can be addressed by becoming more consciously aware of what already lies within us, what’s already happening.  This reduces the personal and cultural obstacles restricting the emergence of individual wholeness and, once aware of the systems we are part of, a greater cultural wholeness.

We need to learn how to hold both poles without becoming attached to either.  Aspire to be like the bearguin.