The myth of the creativity gene

Chris Posted in Creativity No Comments ↓

The deficient “non-creatives” fear it, and the gifted “creatives” overly identify with it: creativity is a precious and innate human trait that has somehow been reframed into a concept, and extensively abused.

Something that is universal and positive has become a matter of have or have-not, a dividing line.  Drawing artifical boundaries has a predictable effect of fuelling negativity, by contriving imaginary differences.  The judgment and labelling brings out everyone’s dark side, and those perceived differences and shortcomings get progressively reinforced. 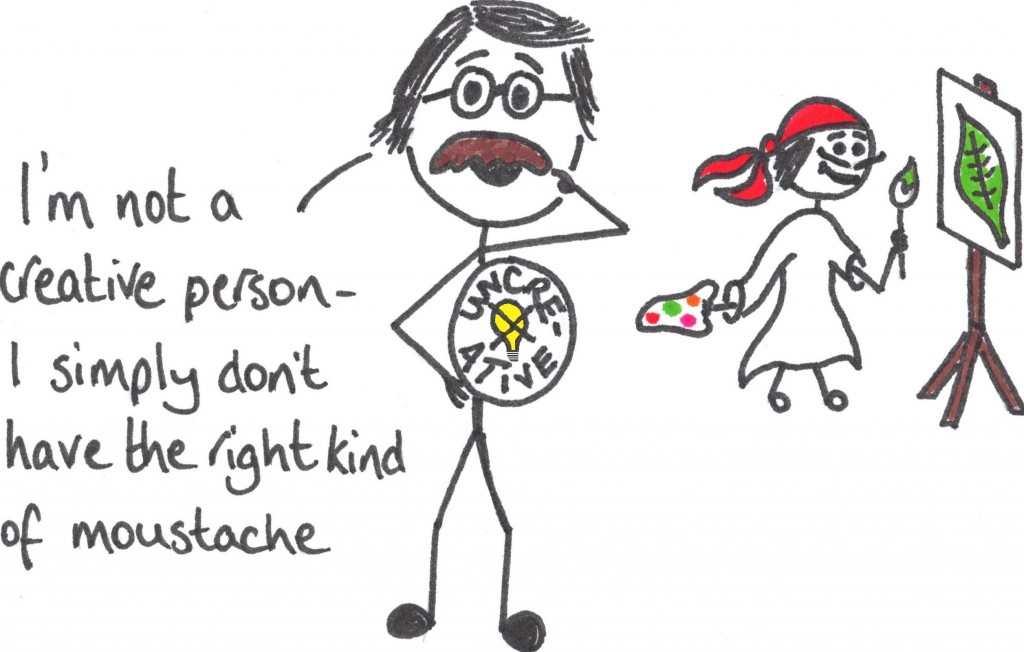 There is no creativity gene, there is no real dividing line.  I have not met one person who disagrees that kids are born bursting with curiosity and imagination.  It is only through some people deciding they are not creative and others deciding they are, that the crazy illusion arises.

Understanding the complex reasons behind this behaviour would take years of study, which I haven’t done.  But allow me to share a simple insight I gained through experience this year: if I’m out of touch with my creativity, it’s just because I’m not doing anything to keep it awake.  Just like how my tennis serve gets really crap when I’m out of practice.  Simply choosing to act can switch off the auto-pilot, and begin to break the illusion.

Things changed when I ceased trying categorise my creativity, and just tried new things (anything really), or revisited things I had stopped doing.  At the beginning, I tried not to even talk about it to anyone, to avoid inviting a distorting and pointless creativity debate with myself.  Starting small was important.  The “I’m not creative” badge I used to wear would not have allowed any mighty creative leaps; I could only sneak in gradual ones.  But the moment they started, positive energy surfaced and new possibilities began to be revealed.

Exposure to what you are stereotyping tends to make the “us and them” effect evaporate.  Go through some of your old travelling photos, if you have some, and see the ones of you joyfully hugging the locals (admittedly after a few beers).  And in the case of creativity stereotyping, the exposure can come from just doing something new or slightly differently, and acknowledging it.

Badges are not permanent features.  If we wear them every day they can feel like part of us.  And if we gently prize them off we realise we are all creative; it is impossible not to be, unless you are an inert gas.  We are just not famous painters, that’s all.  And probably never will be, and should stop acting like that matters.