My wife left her job last month, with no plan to get another straight away.

She described it that she needed to “come up for air” after 16 years of working.  After making the decision, she said it felt like “a cage has been removed”. 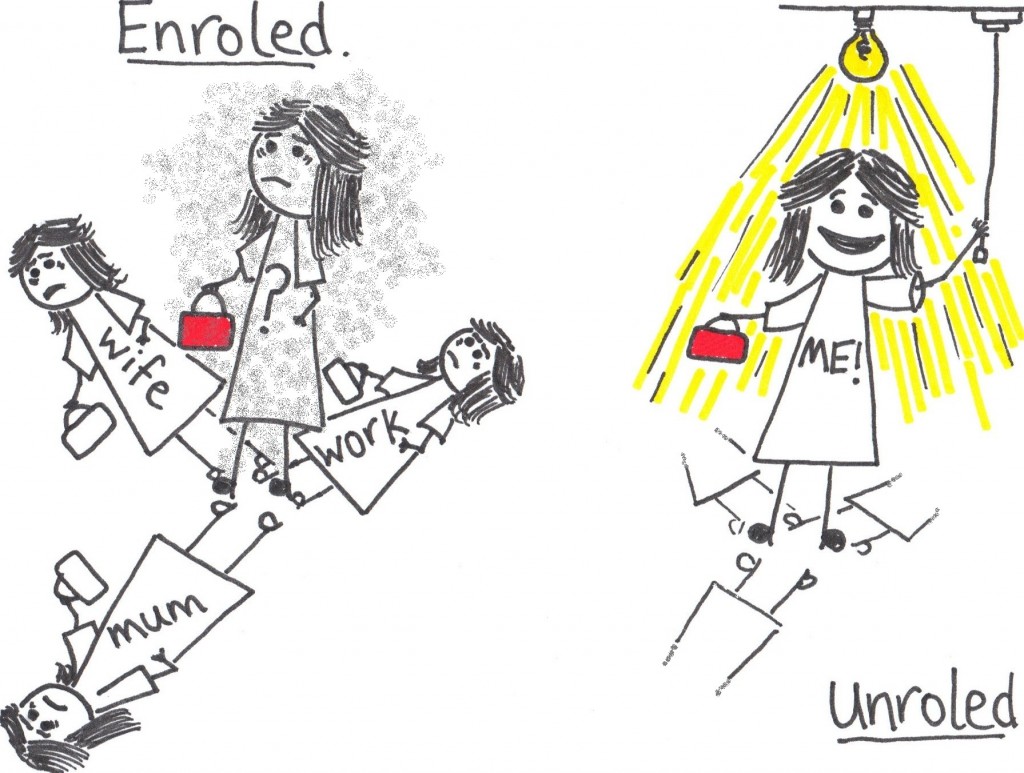 She always saw herself as a worker bee, a provider, and a good planner.  It was something she always identified with very strongly, and therefore a central element to her feeling of self-worth, and a source of security (a crutch, basically).  That made her Work Ethic a powerful force, something to hold onto and ascribe great virtues.

But it is just an invented role, an externally-driven and fragile identity.  Through tragedy, choice, or just the natural way of things, the role of worker, mother, wife, friend can disappear – sometimes abruptly, often involuntarily.  And along with it, therefore, can vanish a large piece of someone’s identity.  The question is, what is left behind?  Excessive roleplaying can mean it’s a seemingly empty space.

Roles are not who you are, they are what stop you being who you are.  By focusing life around cultivating roles, it is so easy for there to be nothing besides those roles; there can never be true freedom.  (How fascinating that giving up something that was always viewed as essential felt like sweet release to my wife.)

Roles are like shadows, and when you decide to shine a light on yourself, they tend to vanish, and what’s really there can be discovered.

I am not going to start encouraging her to give up being a wife or mother.  But taking these roles less seriously, seeing them for what they are and letting them make way for things she has disallowed doing for herself… I get excited about the wonderful implications of this for everyone in her life.